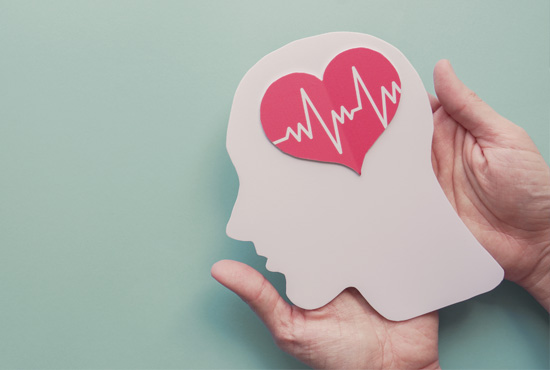 As more data refine stroke care to subgroups with homogenous characteristics rather than lumped heterogeneous ones, clinicians are pressing forward for more data - aided by advanced technology - to realize evidence-based precision medicine.

Although the two studies help plug the paucity in data for the spectrum of stroke patients, experts note more research on patient subgroups could improve clinical outcomes.

"Since large randomized trials were mainly conducted in the Western hemisphere where ICAD is uncommon, the results may not be directly applicable to these patients," Kim said.

"South Korea is a typical Asian country where strokes associated with ICAD are highly prevalent," he continued. "At Asan Medical Center - one of the largest hospitals in Korea - patients with cardiogenic embolism accounted for 57% of patients who underwent EVT whereas ICAD patients made up only 24%."

Considering characteristics of subgroups, including etiology by ethnicity, Kim called for further studies to hone the patient selection process for endovascular therapy, identify optimal pre-EVT antiplatelet therapy for subgroups, and test whether intravenous tPA could be avoided for EVT-bound patients.

Japanese investigators announced the positive findings on endovascular therapy for large core acute ischemic stroke patients, helping aggregate a pool of smaller trials that proved the same and build a case for the often-excluded patient group.

"Patients with large infarctions - specified as an Alberta Stroke Program Early Computed Tomographic Score (ASPECTS) value ≤5 - are generally excluded or represented in small numbers in endovascular therapy clinical trials, partly due to concerns of bleeding occurring in the area of infarction after reperfusion."

Patients were randomized to receive either endovascular therapy with medical care (n=101) or medical care alone (n=102) within six hours after they were last known to be well or within 24 hours if fluid-attenuated inversion recovery images showed no early change.

For ordinal shifts on the modified Rankin scale, trends favored endovascular therapy (OR 2.42, 95% CI, 1.46-4.01), although confidence interval widths for secondary outcomes were not adjusted for multiple comparisons, Yoshimura said.

90-day ischemic stroke recurrence and 7-day decompressive craniectomy rates were similar between the two groups. Other adverse events - including cardiovascular events - occurred in 33.7% of the endovascular therapy group and 18% of the medical care group.

"The favorable effect of endovascular therapy was apparent in the subgroups - including the post hoc subgroup that had intervals >6 hours between the time of stroke onset and randomization - but the trial was not powered for an analysis of these groups, and there was no adjustment for multiple comparisons," they said.

Although investigators listed the non-generalizability of findings due to patient population as a study limitation, the results paired with previous studies and upcoming randomized controlled trials - including TESLA, IN EXTREMIS-LASTE, and SELECT2 - are expected to shed more light on one of the hottest topics in stroke care.

CHANCE-2 investigators pressed the question of an optimal P2Y12 inhibitor for stroke patients with CYP2C19 loss-of-function alleles, a characteristic more common in Asian stroke patients than Caucasian ones (60% vs. 25%).

Although ticagrelor was largely used as an alternative to clopidogrel among the P2Y12 inhibitors, findings related to diminished clopidogrel efficacy in CYP2C19 loss-of-function allele carriers spurred interest in ticagrelor’s application.

The difference in drug efficacy is due to drug characteristics. Clopidogrel is a prodrug requiring conversion to active metabolite through the hepatic cytochrome p450, while ticagrelor is a reversible oral antagonist that blocks the P2Y12 receptor directly without requiring metabolic activation.

Ticagrelor gained more attention with the THALES[5] trial published in 2020 by S. Claiborne Johnston, MD, PhD (University of Texas, Austin, USA), Wang, and colleagues in the NEJM that showed similar outcomes between ticagrelor-aspirin and clopidogrel-aspirin.

THALES also proved the superiority of ticagrelor-aspirin over aspirin alone to reduce the risk of stroke or death.

A recent meta-analysis published in the Journal of American Medical Association (JAMA)[6] in December last year also showed similar efficacy outcomes of short-term DAPT with either ticagrelor or clopidogrel to reduce the risk of subsequent stroke or death for patients with minor ischemic stroke or transient ischemic attack (TIA).

As ticagrelor gained more ground, CHANCE-2 investigators aimed to prove the superiority of ticagrelor over clopidogrel in preventing secondary stroke among Chinese patients with CYP2C19 loss-of-function alleles who experienced a minor ischemic stroke or TIA.

Enrollment for the investigator-initiated, multicenter, randomized, double-blind, placebo-controlled trial occurred at 202 centers in China, including 6,412 stroke patients over 40 years of age with CYP2C19 loss-of-function alleles.

The ticagrelor-aspirin arm received 180 mg of ticagrelor on the first day, followed by 90 mg twice daily, along with a clopidogrel placebo.

The clopidogrel-aspirin arm received clopidogrel 300 mg on day one, followed by 75 mg once daily paired with a ticagrelor placebo. Both arms received aspirin for 21 days.

The primary safety outcome was moderate or severe bleeding within 90 days according to the Global Utilization of Streptokinase and Tissue Plasminogen Activator for Occluded Coronary Arteries (GUSTO) criteria.

Secondary outcomes yielded similar results, as did a posthoc analysis that examined nonvascular death as a competing risk (HR 0.80, 95% CI, 0.66-0.96).

Although the confidence intervals of secondary outcomes were not adjusted for multiple comparisons, new stroke within 30 days occurred in 4.9% in the ticagrelor-aspirin group and 6.4% in the clopidogrel-aspirin group (HR 0.75, 0.61-0.93).

The rate of serious adverse events was higher in the clopidogrel-aspirin group (2.4% vs. 2.6%), investigators said.

"Among Chinese patients with minor ischemic stroke or TIA who were carriers of CYP2C19 loss-of-function alleles, the risk of stroke at 90 days was modestly lower with ticagrelor than with clopidogrel," Wang said. "The risk of severe or moderate bleeding did not differ between the two treatment groups, but ticagrelor was associated with more total bleeding events than clopidogrel."

"The incidence of adverse events and total bleeding events was greater with ticagrelor-aspirin treatment - mainly due to mild bleeding - but the incidence of moderate or severe bleeding did not increase," he continued. "Dyspnea and arrhythmia were also more frequent in the ticagrelor group."

"The cumulative hazard curves for stroke diverged around the first week and were subsequently similar, suggesting that any benefit of ticagrelor over clopidogrel in CYP2C19 loss-of-function allele carriers occurred predominantly soon after stroke."

CHANCE-2 investigators also hinted at benefits of precision stroke therapy based on genotype-guided strategies but addressed current limitations of translating theory into practice.

"For acute coronary syndrome patients (ACS) undergoing percutaneous coronary intervention (PCI), a genotype-guided strategy for the use of P2Y12 inhibitors reduced major adverse cardiovascular events in the PHARMCLO trial, but not in the POPular Genetics and TAILOR PCI trials," they said.

"Usefulness of pharmacogenetics-guided selection of antiplatelet therapy is limited by the availability of rapid CYP2C19 genotyping techniques and tool kits, and the cost-effectiveness of a genotype-guided strategy needs further investigation."