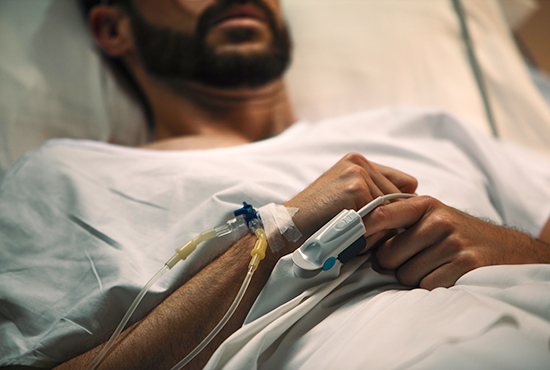 REVIVED-BCIS2 is the first adequately powered RCT in the arena that showed PCI did not reduce all-cause death or HF-hospitalization.

“Patients with ischemic cardiomyopathy continue to have high rates of mortality and hospitalization for HF, even with contemporary medical and device therapy,” Perera said at the European Society of Cardiology (ESC) Congress 2022 in Barcelona, Spain on Aug 27. Results were published simultaneously in the New England Journal of Medicine (NEJM).

“Although PCI was regarded as an attractive alternative to coronary artery bypass graft (CABG) to decrease surgical harm while delivering similar benefits for CAD patients, no randomized evidence exists to date,” Perera said. “REVIVED-BCIS2 is the first adequately powered randomized clinical trial (RCT) in the arena that showed PCI did not reduce the incidence of all-cause death or hospitalization for HF at a median of 3.4 years (85% power to detect 30% reduction with PCI and OMT).”

“We can conclude that PCI should not be offered to stable patients with ischemic LV dysfunction if the sole aim is to provide prognostic benefit,” he added.

More than anything, this trial supports GDMT to manage LV dysfunction, irrespective of whether revascularization is considered

The composite primary outcome was defined as all-cause mortality or HF-related hospitalization for a minimum of 24-months post-enrollment. Secondary outcomes included LVEF at 6- and 12-months and QoL at 6-, 12- and 24-months (measured by KCCQ, EQ-5D-5L and NYHA Functional Classification).

“PCI did not reduce the composite incidence of all-cause death or HF-hospitalization at a median of 3.4 years, incrementally improve LVEF, or provide a sustained difference in QoL for this high-risk population where approximately one-third of patients died or were hospitalized during follow-up,” Perera said.

“Our findings were consistent across all subgroups and for all prespecified outcome measures [but] it is important to note that REVIVED-BCIS2 excluded patients with limiting angina or recent acute coronary syndromes (ACS) and PCI remains an option in these contexts,” he added. “Key messages from the definitive results are that guidelines should be strengthened and clinical practice rationalized.”

Guidelines ‘unlikely to be altered’ until more randomized PCI trials

“From REVIVED findings, we’ve learned that medical therapy works – and it’s getting better. However, ischemic cardiomyopathy patients still have an unacceptably high mortality rate with an observed 3-year mortality rate of around 20% and 35% at 5-years.

European or American guidelines are unlikely to be altered, and more randomized studies of PCI are urgently needed.

“PCI did not lead to reductions in MI or HF rates, raising questions on the impact of complete and incomplete revascularization in contradistinction to CABG versus OMT. PCI in ischemic cardiomyopathy appears to have no adverse safety signal, and modest short-lived improvements in quality of life, which encourages longer-term follow-up.

“This leads to a possible rethinking of patient selection; namely, whether viability is still relevant or a blind alley. [In the meantime,] current guidelines from the ESC and European Association for Cardio-Thoracic Surgery (ESC/EACTS) or American College of Cardiology and American Heart Association (ACC/AHA) are unlikely to be altered. Further randomized studies of PCI are urgently needed.”

The joint ESC/EACTS guidelines previously recommended CABG as the first revascularization strategy in patients with multivessel disease and acceptable surgical risk (Class I; level of evidence B) based largely on positive findings from STICH.

The ACC/AHA guidelines recommended CABG for select patients with LVEF ≤35% without significant left mainstem CAD (LMCAD) (Class IIb; B), but offered no guidance on PCI due to “insufficient” data.

Although contemporary evidence is showing coronary revascularization is no better than GDMT in patients with extensive CAD, experts noted that follow-up data from REVIVED-BCIS2 are needed to enact any significant guideline changes.

“On the heels of the STICH trial, which was twice as large, [operators from REVIVED] were able to perform PCI safety with minimal use of adjunctive hemodynamic support, and unlike STICH, [found] no excess of deaths in the periprocedural period,” Kirtane said. “However, there were no signs of improved outcomes with PCI over a median follow-up of 3.4 years – a finding that differed from what was observed with surgical revascularization in STICH and later confirmed in its extended trial.

“As done for STICH, it is imperative for REVIVED investigators to collect longer-term follow-up data to determine whether the [observed] between-group differences will translate to a future decrease in cardiovascular-related death after PCI,” he added. “Until we have these data, we cannot extrapolate outcomes of surgical revascularization with those of PCI plus OMT [since] many questions remain.”

As done for STICH, REVIVED investigators must collect longer-term follow-up data to determine whether the between-group differences translate to decreases in CV-deaths after PCI.

To strengthen the evidence, Kirtane called for more detailed data on anatomical location and extent of CAD in patients along with their correlation with both physiology and ischemic testing.

“While [awaiting] results of requisite additional analyses and follow-up data from the REVIVED trial, the prevailing dictum should be to diagnose the joint conditions of congestive heart failure and CAD and provide therapies that are known to be effective for both of these conditions since the therapies that have not yet met that bar are carefully considered against their risks,” he said.

Perera, also addressing similarities and differences between STICH and REVIVED, said: “STICH had no difference for the 5-year primary outcomes of all-cause mortality because of a 3-fold excess in early mortality within 30 days – and it took 2 years to mitigate the early hit. It was only at the end of the 5-year follow-up period that investigators saw a deviation and favor for CABG, leading to the extended 10-year STICH follow-up where the curves continued to diverge.

“Something different happened in our trial; namely, there was no signal of excess mortality with PCI – the curves were superimposed all the way through. Also, a lot of time has passed since STICH, which started recruitment in the early 2000s, and STICH only enrolled optimal surgical candidates (median age: 59) whereas REVIVED enrolled a more real population (median age: 70).

We can conclude that PCI should not be offered to stable patients with ischemic LV dysfunction if the sole aim is to provide prognostic benefit.

“Evolution in medical therapy during that time has also been phenomenal. All these factors combined have an impact on the different results, meaning the trials are different in many ways – so it’s apples to oranges.”

Regarding Kirtane’s critique of REVIVED patients having a “relatively modest degree of CAD,” Perera said: “There was an implication that most patients had modest CAD (most with 2-vessel disease and few with triple-vessel disease), but this was the very reason we, as investigators, believed the 2- and 3-vessel disease classification was suboptimal. The median BCIS-Jeopardy score was 10, which is high. We also included LMCAD, which was never done before in an RCT. This was a severe disease population.

“There were also comments about needing more detail on the types of revascularizations performed – which sounds about right – and we hope to examine them in follow-up data.”

Perera declared no conflicts of interest. REVIVED-BCIS2 was funded by the National Institute for Health Research and sponsored by King’s College London.